Welcome to the Louisa May Alcott Society!

Formed in 2005, the Louisa May Alcott Society offers the opportunity for scholars and others to study and appreciate the life and works of Louisa May Alcott. An American Literature Association-allied organization, the Society sponsors panels and other activities at its annual meetings.

For information about other Alcott-focused entities, including Orchard House, the Concord museum and home of the Alcotts, the Facebook group dedicated to Alcott, and other resources, please visit "Helpful Links."

Please use the tabs above to navigate this site. Scroll down to read our recent and past newsletters.
For information about the Society, please contact President Anne Phillips at annek@ksu.edu.

In college-level American literature anthologies, Louisa May Alcott enjoys an eclectic reputation. Her writings may appear in context with those of other Civil War or Realist writers or be catalogued as Transcendentalist works. Alternately, they can be regarded as Local Color or Regional writings, or considered in connection with the Gothic or with American Romanticism.

This panel seeks to consider Alcott’s works in proximity to other nineteenth-century American authors, including but not limited to figures such as Davis, Fuller, Hawthorne, Melville, Sedgwick, Spofford, Whitman, and/or others. Attention to her Gothic tales, writings for adult readers, and works other than Little Women is especially welcome. Papers offering a pedagogical approach are desired. At the conference, associated curriculum guides and other resources for teachers would be welcome.

We aspire to showcase up to five presenters for this panel, aiming for papers of approximately 6 pages and lively audience follow-up during Q and A.

For over a century, Louisa May Alcott’s writings have been adapted in many ways—for stage, radio, television, and film. As scholars such as Beverly Lyon Clark, Elizabeth Keyser, Elise Hooper, and others have documented, Alcott’s work remains timely and continues to inspire adaptations and spinoffs for diverse audiences. The best known, of course, are the numerous film adaptations of Little Women. Each new production of Louisa May Alcott’s classic novel both represents and reinterprets the lives of the four March sisters for a new audience.

These are just several examples among the many artistic interpretations of Alcott’s works that could be discussed in papers exploring the ways film adaptations transform and reinvent Alcott’s stories and characters.

Potential topics may include:

- gender equality and feminism(s)
- representation and diversity
- sexuality and class
- textual fidelity and nostalgia
- (a)politics of Alcott
- labor and work
- adaptive challenges of the text (for instance, casting different actors as Amy at different ages)
- adaptations in conversation with each other


Paper Call, Session sponsored by the Margaret Fuller and Louisa May Alcott Societies for the Thoreau Gathering (July 8-12, 2020, Concord, MA):


Woman Questions:  Margaret Fuller and Louisa May Alcott in Their Time
In this year of the centennial of women’s suffrage in the US, the Fuller and Alcott Societies invite your participation in the Thoreau Gathering (July 8-12, 2020 in Concord, MA).  Our focus will be on gender as part of the Gathering’s larger theme of “Thoreau and Diversity: People, Principles, Politics.”  What did Thoreau’s two most famous female contemporaries in the Concord circle have to say to him, to each other, or to their larger worlds about changing the legal and human status of women?
Papers could focus on either author’s best-known work, Fuller’s Woman in the Nineteenth Century or Alcott’s Little Women, but we also encourage attention to work recovered more recently.  With Fuller this might include her Conversations (1839-44), Summer on the Lakes (1844) or New York and European journalism (1844-50).  For Alcott, among relevant works are her Hospital Sketches (1863); sensational tales such as “A Whisper in the Dark” (1863); fiction, including “How I Went Out to Service,” the Transcendental novel Work (1873), and Jo’s Boys (1886); and contributions (letters, essays, and poems) to The Woman’s Journal (1874-87).  With either, her private as well as published writings are relevant and of interest.  The authors’ response to “woman questions” might include other issues or contexts before or after the Civil War:  race and abolition, the Mexican War, the women’s rights movement, the Transcendentalist movement, urban poverty, European revolution.  Comparison to other authors or application to present-day issues is always welcome.
We dedicate our session to the memory of Sarah Elbert, who led the way in thinking about Alcott “On Race, Sex, and Slavery.”
This will be a peer-reviewed panel.  Please send one-page proposals and short CV’s by Nov. 27 to both Phyllis Cole (pbc2@psu.edu) and Anne Phillips (annek@ksu.edu).  Decisions will be made by Dec. 7.  Inquiries are welcome at any point.

With sincere appreciation to our guides, Melissa Pennell and Jane Sciacca, here are some pictures of the delightful walking tour sponsored by the Alcott Society during the ALA conference in Boston, May 2019. The tour included sites of interest to Louisa May Alcott fans, Lydia Maria Child fans, and those interested in the history of reform and activism in Boston. 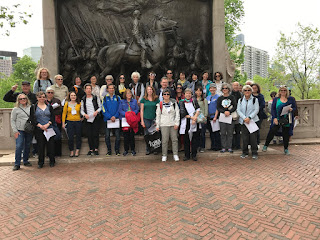 Starting out at the monument in memory of the Massachusetts 54th. 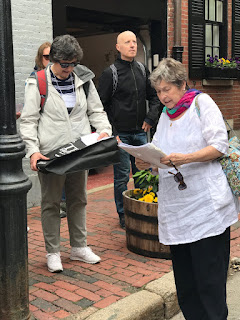 Melissa and Jane in action. 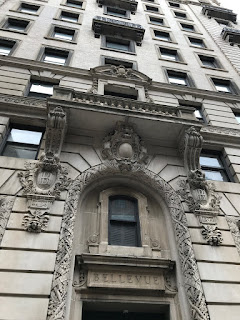 The Bellevue, one of the hotels in Boston where Louisa devoted herself to writing. 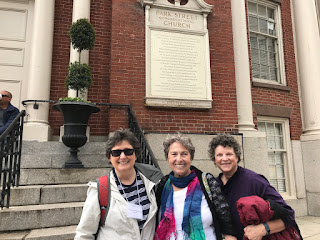 Melissa, Jane, and the paparazza.

On Friday, 24 May, 2019, we offered the following well-attended and informative sessions at the American Literature Association's 30th annual conference:

1. “Queer(ed) Kinship and the Sketch: A Genealogy of Political Care in Child and Alcott,” Elizabeth Dean, Rutgers University
2. “Writers, Reformers, and Neighbors: The Ties that Bind Lydia Maria Child and Louisa May Alcott,” Jane Sciacca, Wayland Historical Society and Minutemen National Historic Park, The Wayside
3. “The Spectacle of the City and the Drama of Charity in Child’s and Alcott’s Writings,” Monika Elbert, Montclair State University

Photos from our panels at the 2017 ALA conference in Boston

Below are photos of society members and guests in May 2015, celebrating our tenth anniversary as an author society! 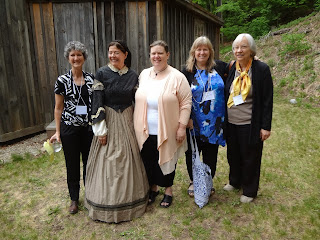 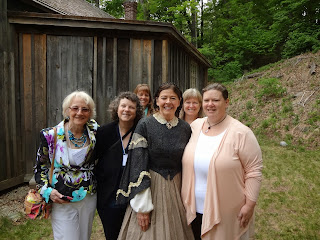 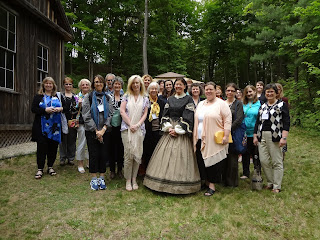 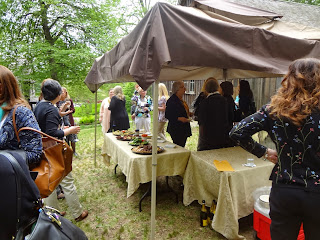 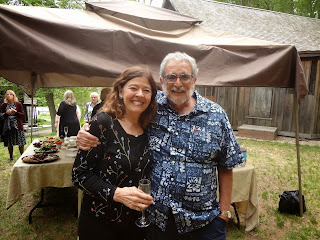 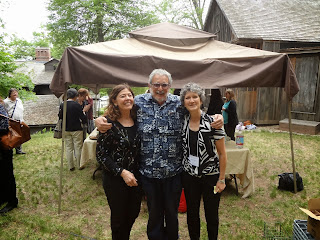 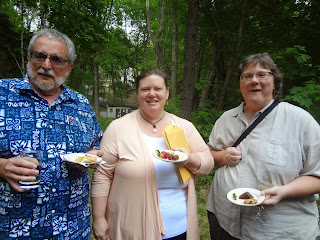 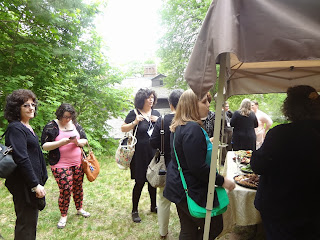 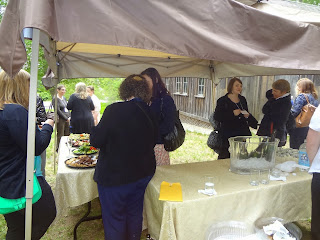 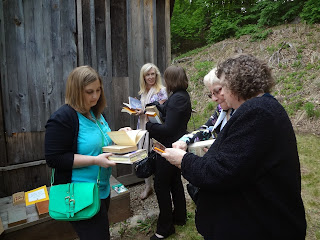 Posted by Dr. Sandra Harbert Petrulionis at 11:26 AM